Debra Patterson is a native of California and a veteran of traditional radio. She started her career in Broadcasting in 1999. She started out as an account executive and worked her way up to management fairly quickly. After 13 years of dedication to the station she decided it was time to retire.

Debra came out of retirement in early 2016 after speaking with a family member about a book they were writing. She was so inspired by the idea of writing books that she thought children’s books would be inspiring to her grandchildren. That’s when the idea came to her that she could utilize the characters (The OOG’s) that she had created in early 1999 prior to starting work with the radio station. Her intentions were to use the characters in a greeting card business. “I would have been crazy to turn down such a great opportunity like the radio station compared to starting my own greeting card business. “She laughs.” 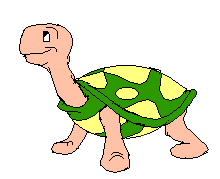